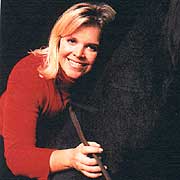 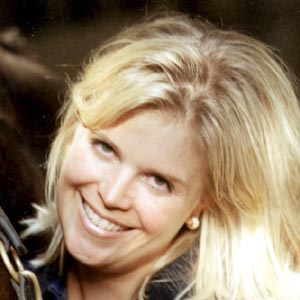 Karen Hagerty loved her horse, Ricardo and threw him a birthday party with a horseshoe shaped carrot cake. Her sister Deborah Hagerty says that along with her horse, Karen had two cats, Kitty and Buddy who she considered her "kids."

Karen was loud, funny and with what some described as an "outrageous" sense of humor. She also had a generous spirit that was evident to those around her. She organized and collected toy donations for a homeless shelter in the Bronx. Karen would urge everyone in her office to buy something "good" and insisted that kids wanted toys instead of clothing. One year, she collected so many toys, that a moving truck had to be hired to deliver the presents. Karen was also very involved in the Silver Lining Foundation a charity that provides one week campvacations to children with cancer or other life threatening diseases.

Karen was 34 and a senior vice president for the Aon, Corp. She was on the 78th floor of Two World Trade Center waiting for the elevator when the second airplane hit at about the 80th floor. According to colleagues, Karen had no pulse after the second plane struck.

Esther Goldbert Harrison left a fitting description of Karen Hagerty on the internet site, September 11 Victims, "I will never forget her, her rioutous laugh and infectious spirit...."